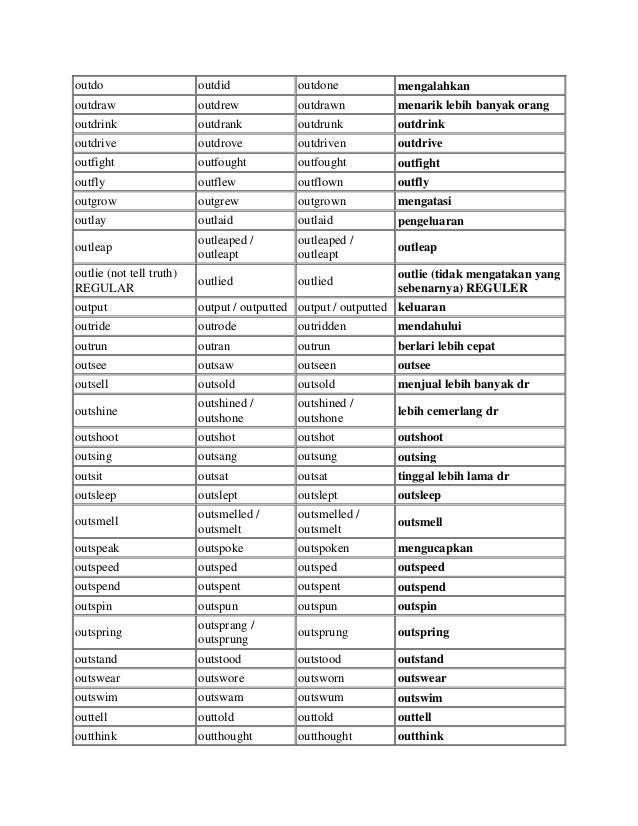 Whoever the bottle points at when it stops spinning is shown one the regular verbs flashcards from the previous lesson — make sure no one else sees the flashcard.

Play until you have practiced all of the verbs on the cards. On the board, draw a vertical line down the middle, dividing the board into two equal halves.

Stick the regular verb flashcards from the spin the bottle game onto the left-half of the board. Go around the class and get everyone to give you an answer.

Also, ask at least one extra question to each student e. Teach vocab for irregular verbs in the present and past tense form.

Divide the class up into groups of 3 or 4 and divide the flashcards between the groups. Next, on the right-side of the board draw 12 circles. Students will be sticking the flashcards inside the circles, so make them just big enough to fit the cards inside.

Next, chorus each verb three times e. Is that ok? 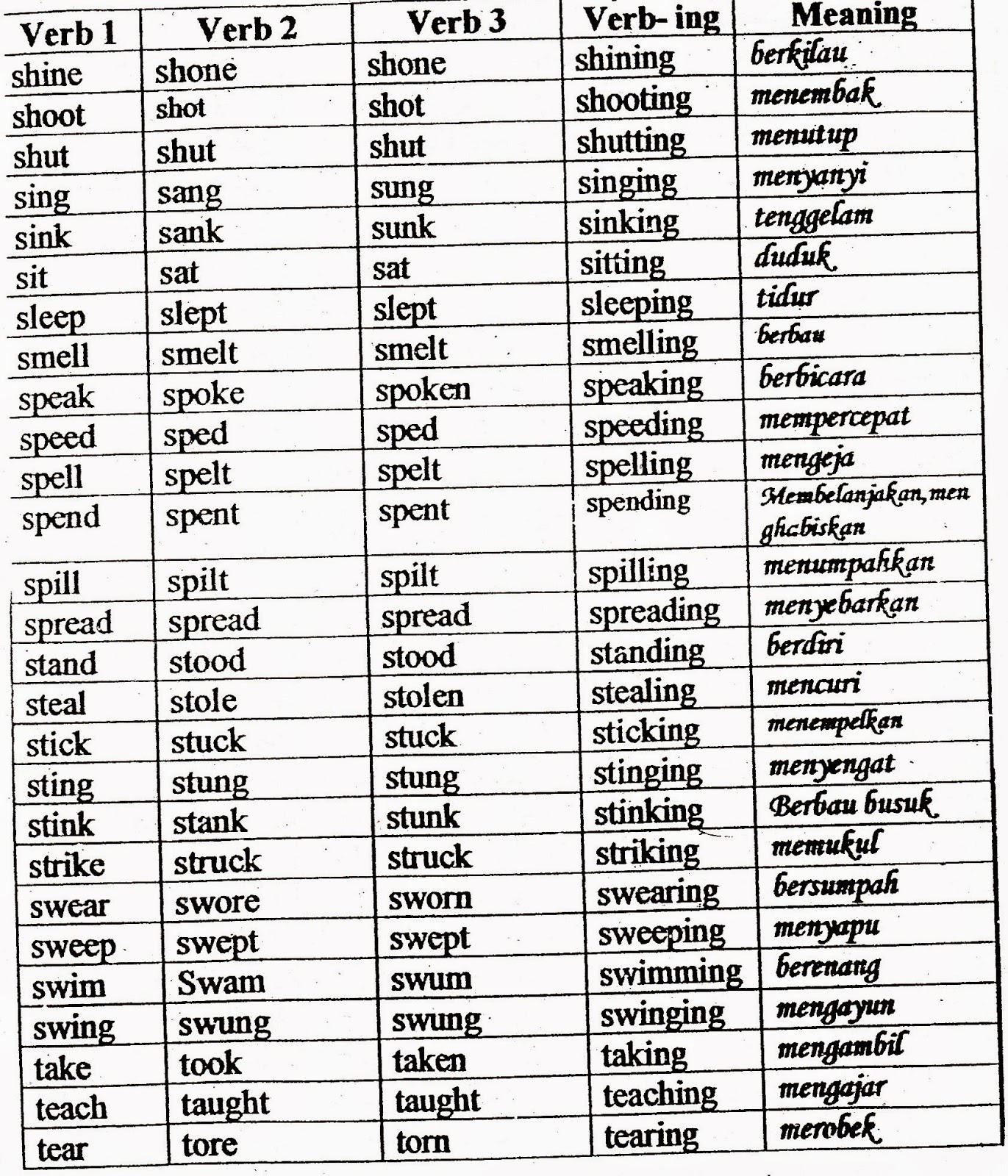 Wake up? Now go through all of the remaining verbs asking your students which is the correct form and circling the past tense version in red. Pair practice: saying past tense irregular verbs.

In pairs, students are going to say the infinitive and past tense of the verbs together — once with both students looking at the board and the second time with one student looking away from the board being tested. First round: Put students in pairs. Start by modeling the activity with another student and both sit looking at the board. So they aren't imitating adult speech, but they are figuring out grammatical rules, in this case the way to form past tense verbs and plural nouns. This process of figuring out a grammatical rule and applying it generally is called overgeneralization.

They will later modify their natural rules of past tense and plural formation to accommodate the exceptions, including brought, went, mice, and feet.

And moreover, they'll modify their language only when they're good and ready.

Wadsworth, Three Phases of Overgeneralization "[C]hildren overgeneralize in the early phases of acquisition, meaning that they apply the regular rules of grammar to irregular nouns and verbs.

Overgeneralization leads to forms which we sometimes hear in the speech of young children such as goed, eated, foots, and fishes. This process is often described as consisting of three phases: Phase 1: The child uses the correct past tense of go, for instance, but does not relate this past-tense went to present-tense go.

Rather, went is treated as a separate lexical item. 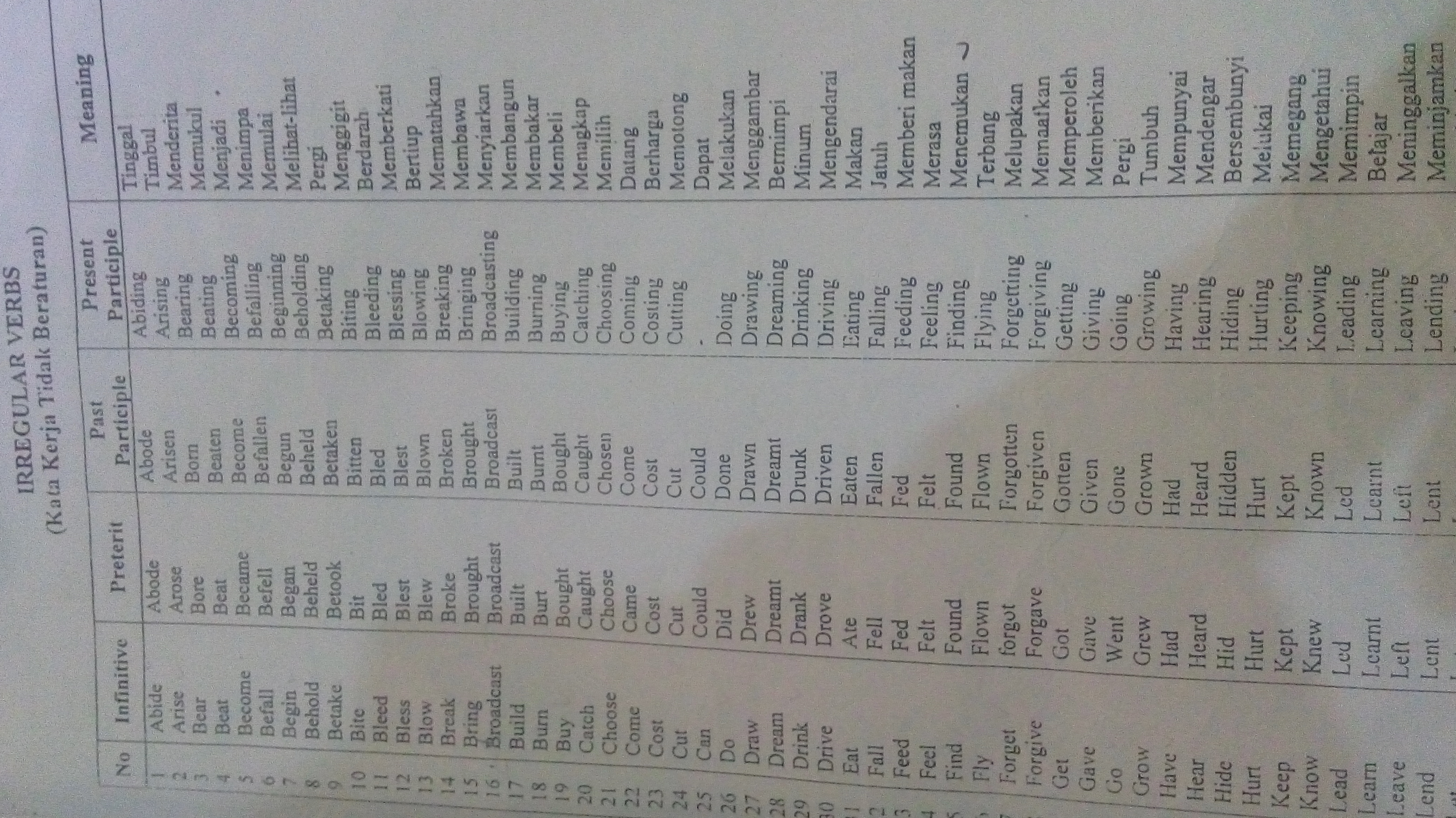 Phase 2: The child constructs a rule for forming the past tense and begins to overgeneralize this rule to irregular forms such as go resulting in forms such as goed. There are innumerable examples of conundrums such as: There is no ham in hamburger.

Neither is there any apple nor pine in pineapple. If a vegetarian eats vegetables, what does a humanitarian eat?

But it gets worse. The order of the words This, on the other hand, is a big, interesting book.

Native English-speakers intuitively know what order to put words in, but this is hard to teach to those learning the language. For example, we often use more than one adjective to describe a noun, but which order should they go in?

There are silent letters at the start of words, too. To make matters even more complex, the way in which you emphasise certain words in a sentence can subtly change its meaning.ColorVerbs will help you to learn, review, and refresh your knowledge about the past forms of English irregular verbs. For example, consider the different ways of emphasising the sentence below: — I sent him a letter — a plain statement. 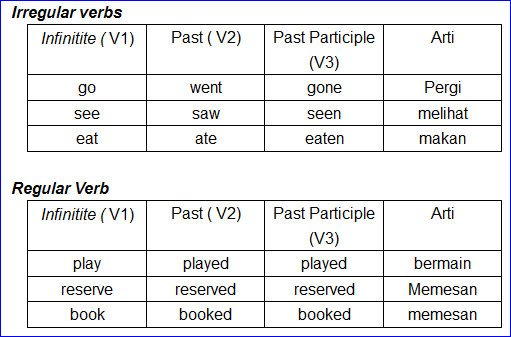 CAITLIN from Hemet
Look over my other articles. I absolutely love beach volleyball. I do like reading comics physically .
>